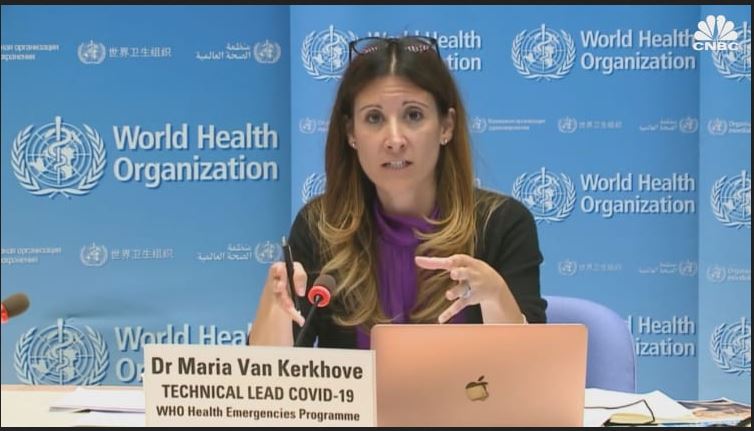 Whether or not coronavirus can be spread asymptomatically is perhaps the most important question surrounding the disease. After all, the assumption that it can has been used to justify mask mandates and life-ravaging lockdowns. This is why it’s striking that a major study, involving almost 10 million people, has found zero cases of asymptomatic transmission — and that our COVID-panic-porn-peddling mainstream media have met it with deafening silence.

The study was conducted in Wuhan, China, considered SARS-CoV-2 ground zero. As the American Institute of Economic Research (AIER) reports, the researchers’

conclusion is not that asymptomatic spread is rare or that the science is uncertain. The study revealed something that hardly ever happens in these kinds of studies. There was not one documented case. Forget rare. Forget even Fauci’s previous suggestion that asymptomatic transmission exists but not does [sic] drive the spread. Replace all that with: never. At least not in this study for 10,000,000.

To be precise, the study involved 92.9 percent of eligible Wuhan residents, or 9,899,828 people. And there “were no positive tests amongst 1,174 close contacts of asymptomatic cases,” reported Nature Communications November 20.

Commenting on this, AIER writes:

One might suppose that this would be huge news. It would allow us to open up everything immediately. With the whole basis for post-curve-flattening lockdowns crumbled, we could go back to living a normal life. The fear could evaporate. We could take comfort in our normal intuition that healthy people can get out and about with no risk to others. We could take off our masks. We could go to movies and sports events.

…We keep hearing about how we should follow the science. The claim is tired by now. We know what’s really happening. The lockdown lobby ignores whatever contradicts their narrative, preferring unverified anecdotes over an actual scientific study of 10 million residents in what was the world’s first major hotspot for the disease we are trying to manage. You would expect this study to be massive international news. So far as I can tell, it is being ignored.

“Now, why would anyone listen to anything coming out of Wuhan, given the Chinese record on the matter?” asked commentator Monica Showalter Monday. “Quite simply, because the city was where the problem started, and the city has since gotten back to normal.”

“Over in America, things are another story,” she continues. “The lockdowns extend and extend, with some so-called experts saying there won’t be relief until 2022. The vaccine won’t do it; the masks and stay-at-home-orders, the business shutdowns and the school closures have got to remain in place forever.”

For those who’d be understandably suspicious of information emerging from China, note that a World Health Organization (WHO) representative also stated, back on June 8, that asymptomatic transmission appears to be “very rare” (video below).

I’ve always found the notion that asymptomatic people could readily spread the China virus a bit fanciful. With every other respiratory disease we talk about, such as the flu or cold (also a coronavirus), only symptomatic people can transmit it. So if you don’t experience a runny nose, coughing, aching, sneezing, fever, and/or congestion, we don’t treat you like Typhoid Mary.

But with The Pandemic™, an apparently healthy, bright-eyed-and-bushy-tailed me could, supposedly, just be telling you about the China virus from three feet away — and give you the China virus.

This said, I’m not omniscient and don’t claim definitive knowledge regarding asymptomatic COVID-19 transmission. I’ll also emphasize that everyone is ultimately responsible for his own health decisions and will enjoy the benefits or suffer the consequences of them.

Nonetheless, the asymptomatic-spread question is central to all our China virus regulations and civilization-rending disruptions, and thus is the media’s ignoring of the Wuhan study akin to criminal negligence. Whatever the truth on this, and whatever the study’s validity, there should be a serious national conversation about the matter.

There isn’t one, however, because there’s a COVID Con. Were it otherwise, why would individuals such as “Dr. Deborah Birx, so gladly gather for Thanksgiving, while telling the public it was just too, too dangerous and therefore not to do it?” Showalter also asks.

“Leftist political leaders from Gov. Gavin Newsom to House speaker Nancy Pelosi to the mayors of Chicago and Austin and more have all yelled about the importance of extending lockdowns and forcing the wearing of masks, while not bothering to obey such commands themselves,” she continues. “They don’t believe this stuff. They just want you to.”

But here’s what they do believe, and what I know for sure: These statist politicians and media manipulators long ago passed the point of no return. If they admit now that the lockdowns are one of American history’s greatest blunders (and they are) — that for no good reason they wantonly destroyed American businesses and lives and caused massive illness and death from other causes — the politicians’ careers are over. They’ll be pariahs (and it won’t help the media much, either).

Moreover, as I mentioned in a Monday piece, politicians are using the manufactured pandemic crisis to advance in a great civilizational “reset” agenda. (Canadian prime minster Justin Trudeau admitted as much in September. Video below; relevant portion begins at 2:05.) Now you know why they won’t let go of this crisis even with a vaccine currently being dispensed.

This isn’t to say our nation is not sick. The political realm is very much so and is symptomatic — and the symptoms are obvious to everyone with eyes to see.