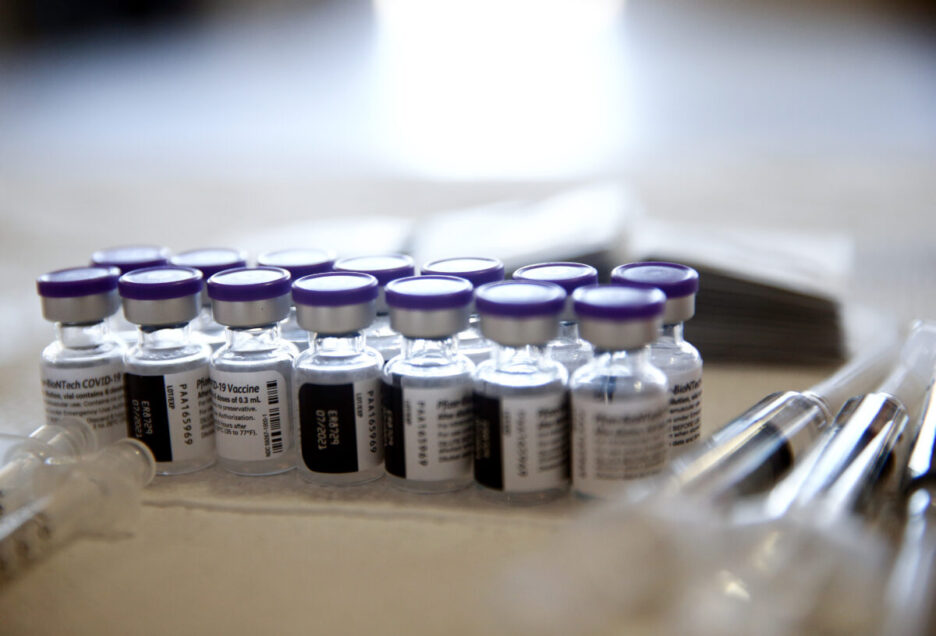 The two main COVID-19 vaccines used in the United States are more likely to land teenage boys in the hospital than COVID-19 itself, a new study has found.

Researchers analyzing reports submitted to the Vaccine Adverse Event Reporting System (VAERS), a passive reporting system run by U.S. health authorities, discovered that the rate of cardiac adverse events for males between the ages of 12 and 15 without a serious underlying health condition after getting their second Pfizer-BioNTech or Moderna COVID-19 dose was up to 6 times higher than their risk of COVID-19 hospitalization.

Boys aged 16 or 17 without medical comorbidities were also more likely to suffer a serious side effect following the second dose of the vaccines, which are built on messenger RNA (mRNA) technology, versus infection by COVID-19, a disease caused by the CCP (Chinese Communist Party) virus.

The Pfizer and Moderna shots are by far the most widely used COVID-19 vaccine in the United States. Pfizer’s is the only one that has been approved by drug regulators and the only one used in children aged 12 to 17.

Over 8 in 10 cardiac adverse events (CAEs) result in hospitalization.

The researchers, led by Dr. Tracy Hoeg, an epidemiologist at the University of California, Davis, also said the data show that the same male population is less likely to need hospital care after vaccination if they have at least one medical comorbidity, or a serious pre-existing condition like kidney disease, and that young girls are much less at risk of heart inflammation or another cardiac adverse event.

The researchers searched VAERS for reports filed between Jan. 1 and June 18 among adolescents 12 to 17 who received an mRNA vaccination against COVID-19. The symptom search included chest pain and three heart inflammation conditions—myocarditis, pericarditis, and myopericarditis—with all reports needing to include the word troponin. A total of 276 reports met the search criteria, of which 18 were excluded due to no objective evidence of elevated troponins.

All but one of the reports included in the final analysis were after Pfizer vaccination.

The search parameters expanded on those used by the Centers for Disease Control and Prevention (CDC) to identify probable cardiac adverse event cases (CAE) by including the symptom of chest pain, which resulted in post-vaccination rates of the events being 2.5 times higher among boys 12 to 15 than those reported by the CDC.

“For boys with no underlying health conditions, the chance of either CAE, or hospitalization for CAE, after their second dose of mRNA vaccination are considerably higher than their 120-day risk of COVID-19 hospitalization, even at times of peak disease prevalence. The long-term consequences of this vaccine-associated cardiac inflammation are not yet fully defined and should be studied,” the researchers concluded in their study, which has not yet been peer-reviewed and was published (pdf) on the medrxiv server.

They said the United States could consider following the example of countries like Germany and Norway in holding off on recommending COVID-19 vaccination of healthy children, who are at low risk of developing series disease after contracting the disease.

Another possible option is recommending a single dose of a vaccine built on messenger RNA.

“We seek nuanced policy which accommodates diff in risk between males and females, which starts [around] age 6,” Allison Krug, an epidemiologist with Artemis Biomedical Communications who was one of the researchers, wrote on Twitter.

Vinay Prasad, an associate professor of medicine at the University of California, San Francisco, was among those circulating the study, describing as “a bombshell finding” that supports earlier reports about the risk of heart inflammation following vaccination in youth.

Others cast doubt on the findings, including Frank Han, a cardiologist based in Illinois, who argued that myocarditis cases can only be confirmed using MRIs.

“Why do we have MRI criteria for myocarditis? To avoid accidentally diagnosing every troponin positive teenager with myocarditis (and cry wolf). You release troponin just from exercise,” he wrote on Twitter.

The CDC, a top U.S. health agency, has said it does not comment or change policy based on studies not done by the agency.

The CDC earlier this year reported higher-than-expected rates of myocarditis among vaccinated youth. During a meeting last month, the CDC said that data through Aug. 18 showed much higher than expected cases of myopericarditis after the second dose of mRNA COVID-19 vaccines. There were 117 cases among males 12 to 15, for instance, when it was expected there would be no more than five.

Dr. John Su, part of the CDC’s COVID-19 Vaccine Task Force, told the meeting that the agency is conducting enhanced surveillance looking at longer-term outcomes among those suffering heart inflammation after receiving a COVID-19 vaccine.

The CDC, though, is still recommending two doses of the COVID-19 shots, and President Joe Biden on Thursday urged parents to get their children vaccinated.

“The known risks of COVID-19 illness and its related, possibly severe complications, such as long-term health problems, hospitalization, and even death, far outweigh the potential risks of having a rare adverse reaction to vaccination, including the possible risk of myocarditis or pericarditis,” the CDC states on its website.

But the agency’s vaccine advisory panel says that people who developed myocarditis or pericarditis after an initial dose of an mRNA vaccine should “defer receiving the second dose” until additional safety data are available.

Most myocarditis cases result in brief phases of hospitalization, according to data presented during the recent meeting. No deaths have been confirmed among the cases, according to U.S. officials.

Some countries recommend children get a COVID-19 vaccine, though there have been varying levels of differentiating between kids with or without serious underlying health conditions.

The United Kingdom’s Joint Committee on Vaccination and Immunisation, for instance, recommends healthy children not get a COVID-19 vaccine at present until more safety and efficacy data become available.

The benefits do not outweigh the risks, the panel said in July, citing reports of post-vaccination heart inflammation.

Both the Pfizer and Moderna shots were slapped with warnings by U.S. drug regulators over the summer regarding the heart inflammation cases seen following vaccination.

The Pfizer Comirnaty vaccine, which is not yet available, is approved for people 16 years and older and under emergency use authorization for children between 12 and 15. No other vaccines are authorized for that population.Zachary StieberReporterZachary Stieber covers U.S. news, including politics and court cases. He started at The Epoch Times as a New York City metro reporter.