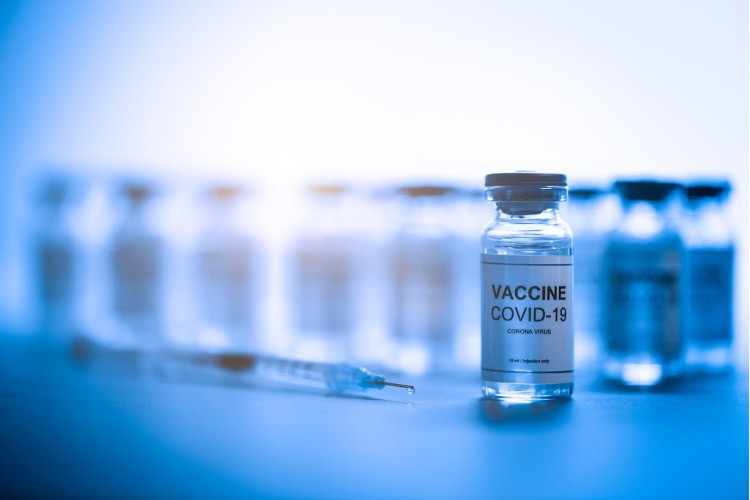 It’s one thing hearing in the news about, let’s say, a car with supposed brake defects. But if you also began encountering people left and right who’d gotten into braking-caused accidents in that model vehicle, the story would become truly real to you. So it is with writer Liam Brooks and the COVID-19 “vaccines.”

And so it is with me.

I’ve written in recent months about how for the first time in my life, I’d personally met four different people in a short space of time who told me they’d had serious heart issues (in their cases, after taking the coronavirus genetic therapy agents {GTAs, a.k.a. “vaccines”}). Now Brooks tells us his stories in a piece titled “COVID vaccines: A warning from the grave.”

“I had very negative side-effects after my second Moderna shot, to the point where I not only regret my decision to get the vaccine, but will never consider getting a so-called booster shot,” Brooks related at American Thinker Monday. “Far worse than my negative experience was the inexplicable death of a former coworker, a seemingly healthy and successful young man who died in his sleep a couple of days after getting the shot. No ‘co-morbidities’ were in play, so the only logical conclusion is that the vaccine killed him.”

Brooks proceeded to say that such deaths are ignored by the government-media-Big Tech axis, so we really don’t know how many other people passed away under similar circumstances. But the number could be staggering.

Yet what really inspired the writer to pen his article was the death of a middle-aged family man from Gilroy, California, named Mike Granata. Laid to rest this past Sunday, both Mike and his widow, Susie, wanted his story shared to help others avoid a similar tragic end. Mike relates his message in a unique way, too — through his obituary, which, as Brooks puts it, is quite literally “a warning from the grave.”

“Mike was adamant that people know what happened to him that caused his early and unexpected death,” the obituary reads. It continues, “Message from Mike: ‘Many nurses and non-nursing staff begged me and my wife to get the truth out to the public about the Covid-19 vaccines because the truth of deaths from the vaccine was being hidden within the medical profession. I promised I would get the message out.’” And here’s Mike’s message:

At the insistence of my doctor, I gave in to pressure to get vaccinated. On August 17th I received the Moderna vaccine and starting feeling ill three days later. I never recovered but continued to get worse. I developed multisystem inflammation and multisystem failure that medical professionals could not stop. My muscles disappeared as if to disintegrate. I was in ICU for several weeks and stabbed with needles up to 24 times a day for those several weeks, while also receiving 6 or 7 IVs at the same time (continuously). It was constant torture that I cannot describe. I was no longer treated as a human with feelings and a life. I was nothing more than a covid vaccine human guinea pig and the doctors excited to participate in my fascinating progression unto death. If you want to know more, please ask my wife. I wished I would have never gotten vaccinated. If you are not vaccinated, don’t do it unless you are ready to suffer and die.

It’s a striking obituary warranting wide media coverage; if anything, however, the press will ignore it and GoogTwitFace (Big Tech) will censor it. Who cares about honoring a dying man’s last wish when you’ve got an agenda to push, right?

Of course, some might shrug off Mike’s case as an anomaly, as the bad news the (real) news places front and center. And I do know “vaccinated” people who’ve thus far had no problems. The issue is that, as stated after the earlier defective-car analogy, I’ve now personally met too many individuals who’ve had GTA-coincident problems to dismiss it all as coincidence.

First it was a friend of mine who got jabbed and developed heart inflammation, which he had to treat with medication. Not long after I met three different men at the same recreational facility — within a short period of time — who told me they’d had heart attacks. In all three cases they’d previously been “vaccinated.” A bit later, a woman in my building described to me a “vaccine”-coincident side-effect affecting her pelvic area.

Note here that I didn’t seek these people out, nor did I broach the topic of health; they did. Also note that as an editor recently stated after I gave him a glimpse into my odd lifestyle, “Sounds very bohemian.” (I work from home, make my own hours and, well, am a “writer.” What do you expect?) The point is that I don’t get out much. For me to just incidentally run into five people with GTA horror stories says something.

Then there are the statistics. For example, Steve Kirsch, executive director of the COVID-19 Early Treatment Fund, said of the GTAs in September, “The VAERS [Vaccine Adverse Event Reporting System] shows heart attacks happen 71 times more often following these vaccines compared to any other vaccine.” (The GTAs clearly aren’t very effective at preventing COVID-19, either.)

Add to this the e-mails I’ve received from nurses and others attesting to the manifold GTA-coincident complications they’ve witnessed, and what’s the logical conclusion? When striking personal experiences, continual news reports, statistics, e-mail testimonials, and warnings from non-compromised experts all align and point to the same conclusion — and when the whole establishment aligns to try to suppress the information — well, would you buy that car?